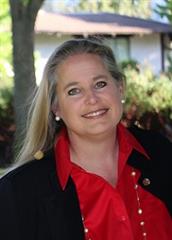 Kymberleigh Korpus was born and raised in the San Francisco Bay Area. Her family moved to Moraga during the summer of 1980, right before Kymberleigh started 6th grade. While living in Moraga, Kymberleigh attended both Joaquin Moraga Intermediate and Campolindo High School, played varsity volleyball passionately for the power-house Campolindo Volleyball team for three years, and she even travelled at sixteen to compete overseas in Japan as a member of the Moraga Volleyball Club.

In 2005, Kymberleigh and Todd finally welcomed their first child (Jared) into the world. Kymberleigh left Weil Gotshal in January 2007, and she started her own firm through which she provides big-law-firm style business, real estate, and intellectual property litigation services to other law firms. In 2008, Kymberleigh and Todd were thrilled to welcome a set of twin boys to the family (Benjamin and Tyler).

In 2011, unhappy with the crime rate and schools in Hayward, Kymberleigh brought her family to Moraga - the hometown to which she had been hoping for decades to return. Now, Kymberleigh’s family lives in a home from which her children can gaze out their windows in the morning and see cows on the golden hills that Kymberleigh loves so much. Kymberleigh and Todd view their biggest project as being the ongoing effort to raise their three active boys to be happy, healthy, loving and responsible men that know how to think for themselves.

In addition to running an active litigation practice, Kymberleigh served on the Moraga Planning Commission before running for office and being elected to the Town Council in 2016. She will serve a four-year-term that concludes in 2020.