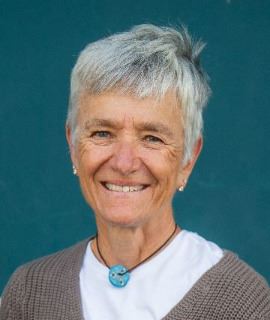 Renata was appointed to the Council in 2018 and was elected to a four-year term in 2020. Renata has been a resident of Moraga since 2001.

Renata and her family were drawn here by the beautiful vistas, warm community feel, safe streets, and outstanding public schools. Her twins attended Rheem Elementary and Joaquin Moraga Middle School, and recently graduated from Campolindo High School. As her kids were growing up, Renata coached multiple youth sports for LMYA (soccer, basketball, softball and volleyball) and St. Monica’s CYO (basketball) and was active in the Moraga schools, and served on the board of the Moraga Community Foundation.

Renata brings public service experience to the Council. She served on the Moraga Planning Commission from 2005 to 2007. During her tenure, the Commission considered a number of complex land use and development issues, including the Palos Colorados Project. At the state level, Renata served as a member of the California Board of Accountancy from 2003 to 2007, and as its President from 2004 to 2005. The Board of Accountancy is charged with the licensing, discipline and regulation of CPAs in this state. As President, Renata was responsible for keeping the agency on budget and transparent to the public, and she worked with consumer and industry groups to draft and enact state legislation.

Renata graduated from Princeton University with a degree in Mechanical/Aerospace Engineering. After four years in industry with McNeil Consumer Products and IBM, Renata obtained her JD from the University of Chicago Law School. She spent 12 years in private practice as a litigator of complex commercial cases and did extensive pro bono work in the civil rights arena.

Renata was a partner at a major San Francisco law firm, Heller Ehrman LLP, and later was named partner at PricewaterhouseCoopers LLP, where she counseled the firm on audit and financial statement risk. Renata left the practice of law in 2014 to become a stay-at-home parent.